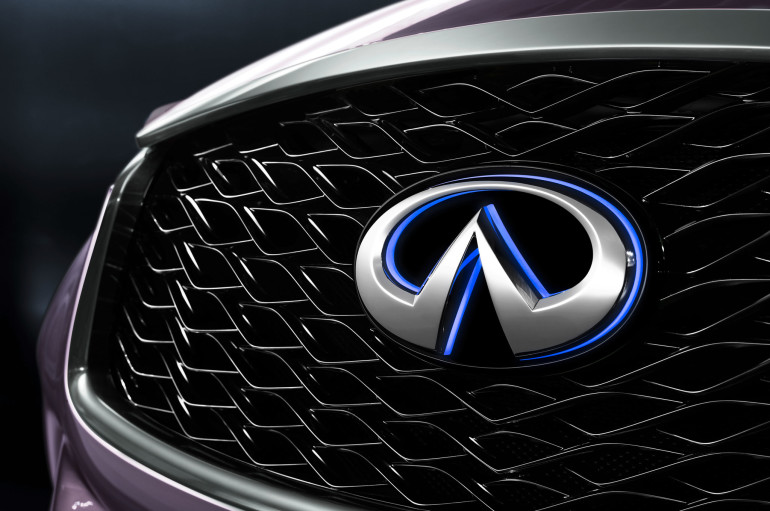 The Japanese car giants’ expansion into the luxury market was an episodic tale.

As enthusiasts, we all know the basic strategy–the recognition of American desires for luxury marques (as most US buyers won’t pay premium prices without premium names) and the desire to fill that market’s demand. It was a hallmark moment for the auto industry as well as nearly being the final nail in the coffin for what was considered to be the OGs of the luxury marque game (Cadillac, Lincoln, Mercedes, BMW, etc.). In the 1980s, the American auto industry was in shambles after nearly two decades of producing bloated, underpowered, and poorly-designed cars. The days of the roaring 50s and 60s were replaced by the 70s and 80s, a time rightfully coined as the “Malaise Era” that I’ll just relegate to what I call the Dark Ages.

Wallowing in the comforts of complacency, the American Big Three practically handed the platter to their competitors, where Honda stepped into the arena with Acura, Toyota with Lexus, and Nissan with their Infiniti brand.

The Acura Legend won its share of awards and praise in the late 1980s, as did the Lexus LS400, but my personal favorite was the 1990 Infiniti Q45: 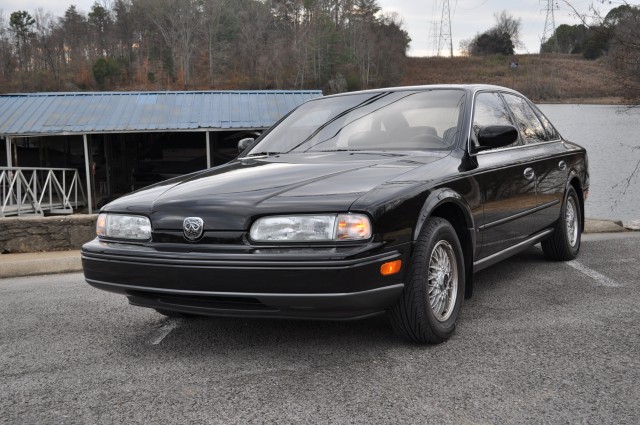 Unlike the rather mundanely-styled competition, the Infiniti stepped into the arena with a sense of unconventionality. Uniqueness, when used properly, is something that stands out to a critic like me. I liked the aerodynamic look and the weirdness of the grille-less front fascia, but perhaps the public didn’t. The lack of advertising and feature commonality with its luxury peers was cited by many to be the reasons for its paltry sales, but others (like myself) agree that this car was the start of a revolution.

It was a festoon of Nissan’s most advanced technology of the time: a DOHC 32V 4.5 liter V8, an electronically controlled 4-speed automatic, a VLSD (viscous limited slip differential), FAS (full active suspension), and a four wheel steering system called HICAS. The car’s performance was admirable, but the public has never been known to flock to the best.

Sadly, the legend of the Q45 and the Infiniti brand nearly ended here. It was sold alongside an admittedly terrible 2-door GT coupe called an M30, which did little to help matters of money making when combined with their parent company’s financial issues. Seeing the humiliating loss against both Acura and Lexus’ more traditional sedans, Infiniti watered down the awesomeness of Q45 and turned it into an unattractive Japanese Lincoln Town Car: 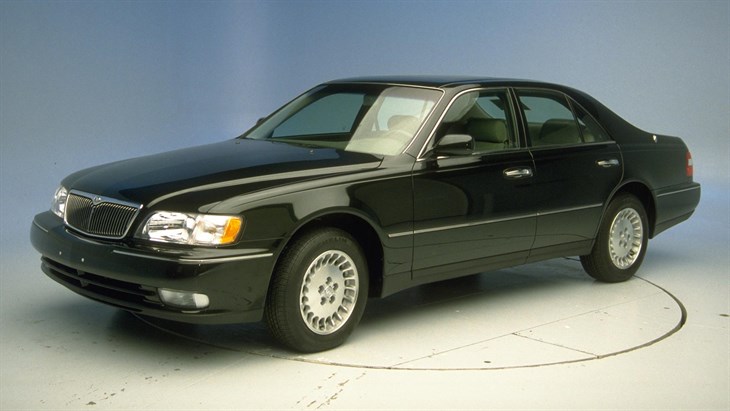 Awful. They even reduced the engine displacement to 4.1 liters (I mean, who the hell reduces performance in a successive model?!), and largely watered down the performance that made the 1st generation model so amazing.

Nissan introduced itself to Carlos Ghosn and hired him as the new CEO. Under the “Nissan Revival Plan,” the guy came sat at his desk and started cleaning house. He cut out the muda (unnecessary models in the lineup) and pushed forward by emphasizing the creation of standout, well-built, and high-performing vehicles. This, ladies and gentlemen, marked the beginning of the Nissan and Infiniti of legend.

A bold and wonderful all-new Infiniti Q45 bowed in 2002, once again threatening to upstage the luxury car order. On top of this, we witnessed the birth of the new G35 sedan and coupe, which provided our first glimpse at a legitimate competitor to the archetype BMW lineup of the day. 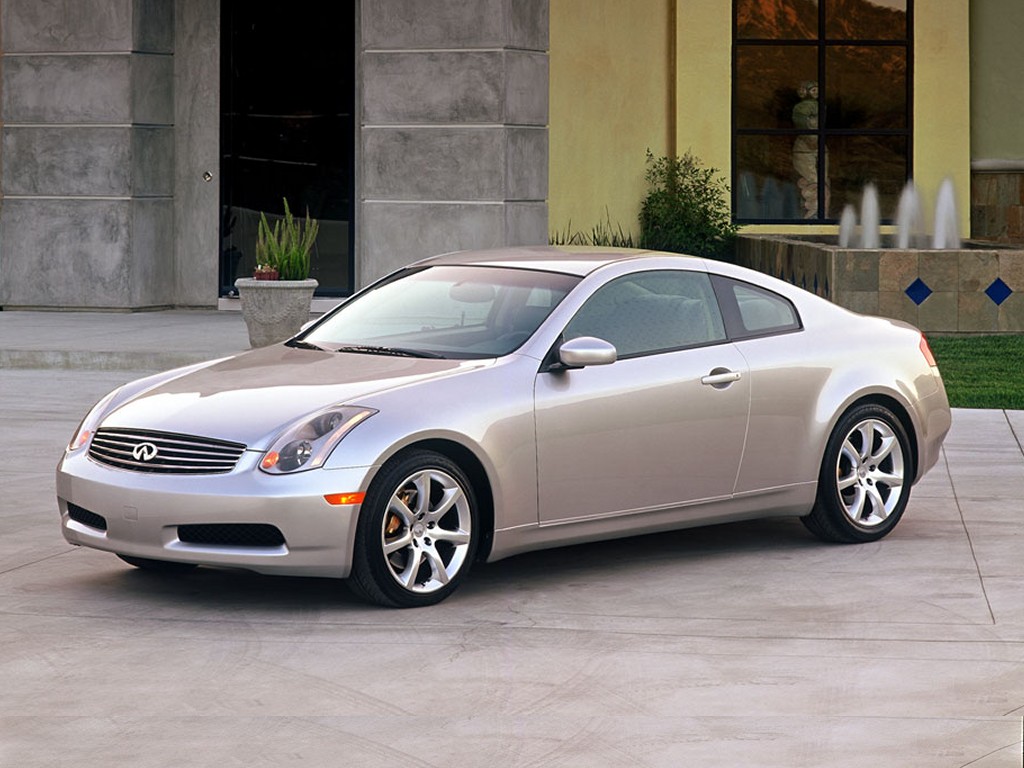 The body lines are timeless, the 3.5 liter VQ35DE was endowed with 280hp (in 6MT form), the steering tuned to be stiff and filled to the brim with feedback, the VLSD primed for cornering exits, and the Brembo brakes bolted on to provide an aid to a machine clearly designed to drive. Whether equipped in the more luxuriously-tuned base models, or the desirable “S” configurations, this vehicle represented the birth of what made the Infiniti brand a true force in the American luxury car market.

Excellent powertrains, promising dynamics, and polarizing styling. The car pictured below is nearly 12 years old, yet it looks as if it could be released as a 2017 model without ail. 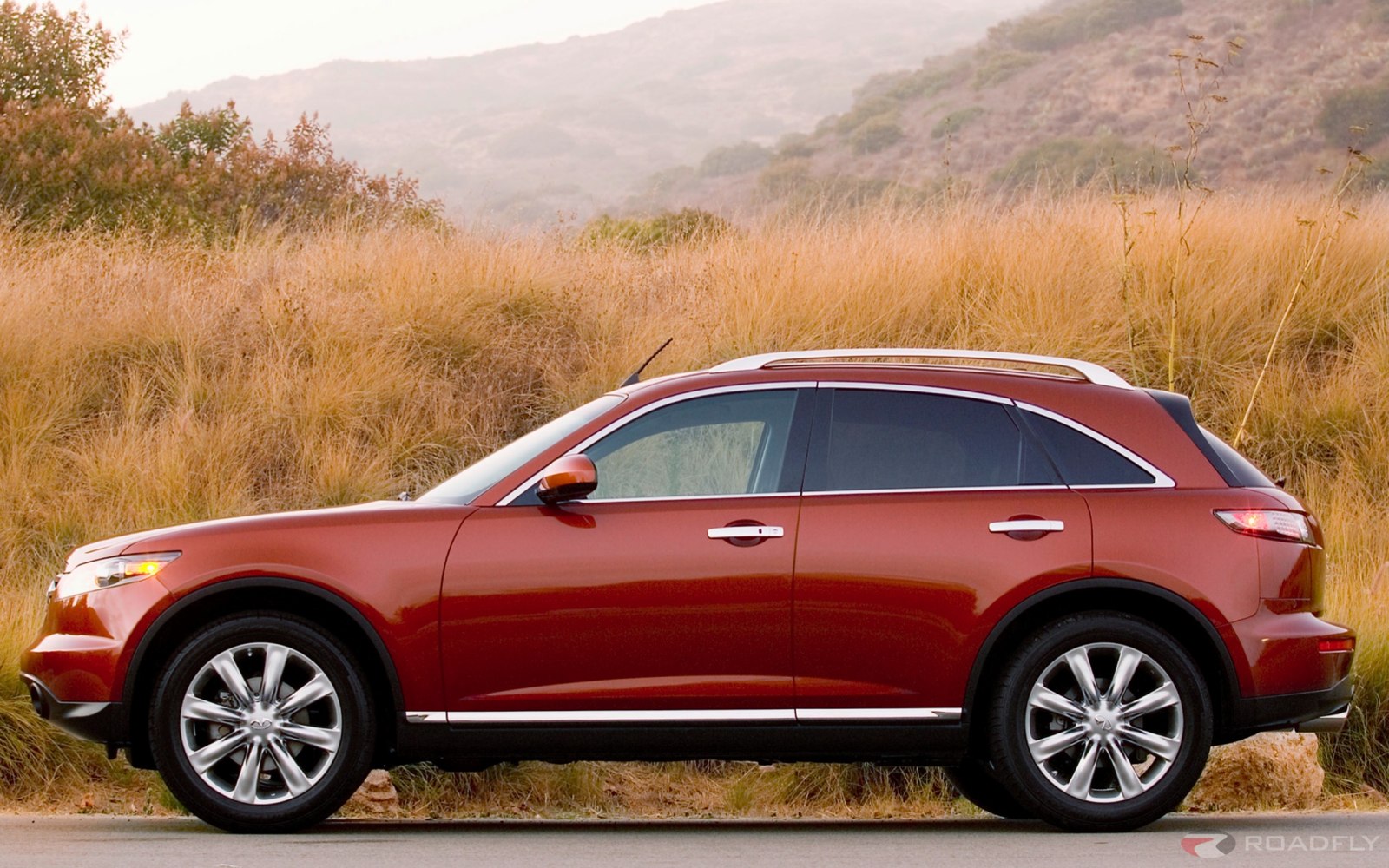 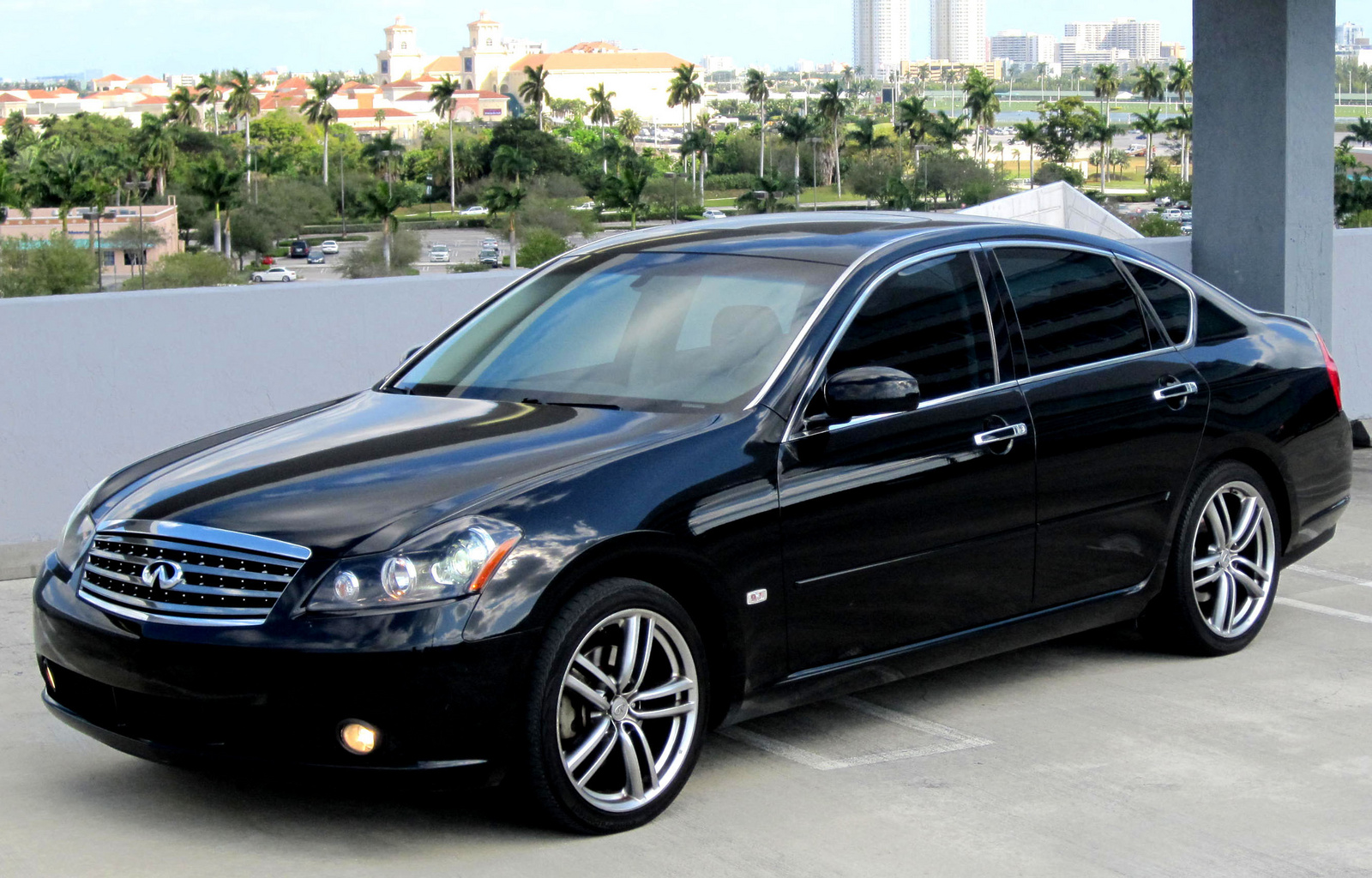 I chose to skip the initial Nissan Cedric-based model for a good reason. It kind of sucked, but the successor didn’t. It capitalized on the award-winning G35’s traits. 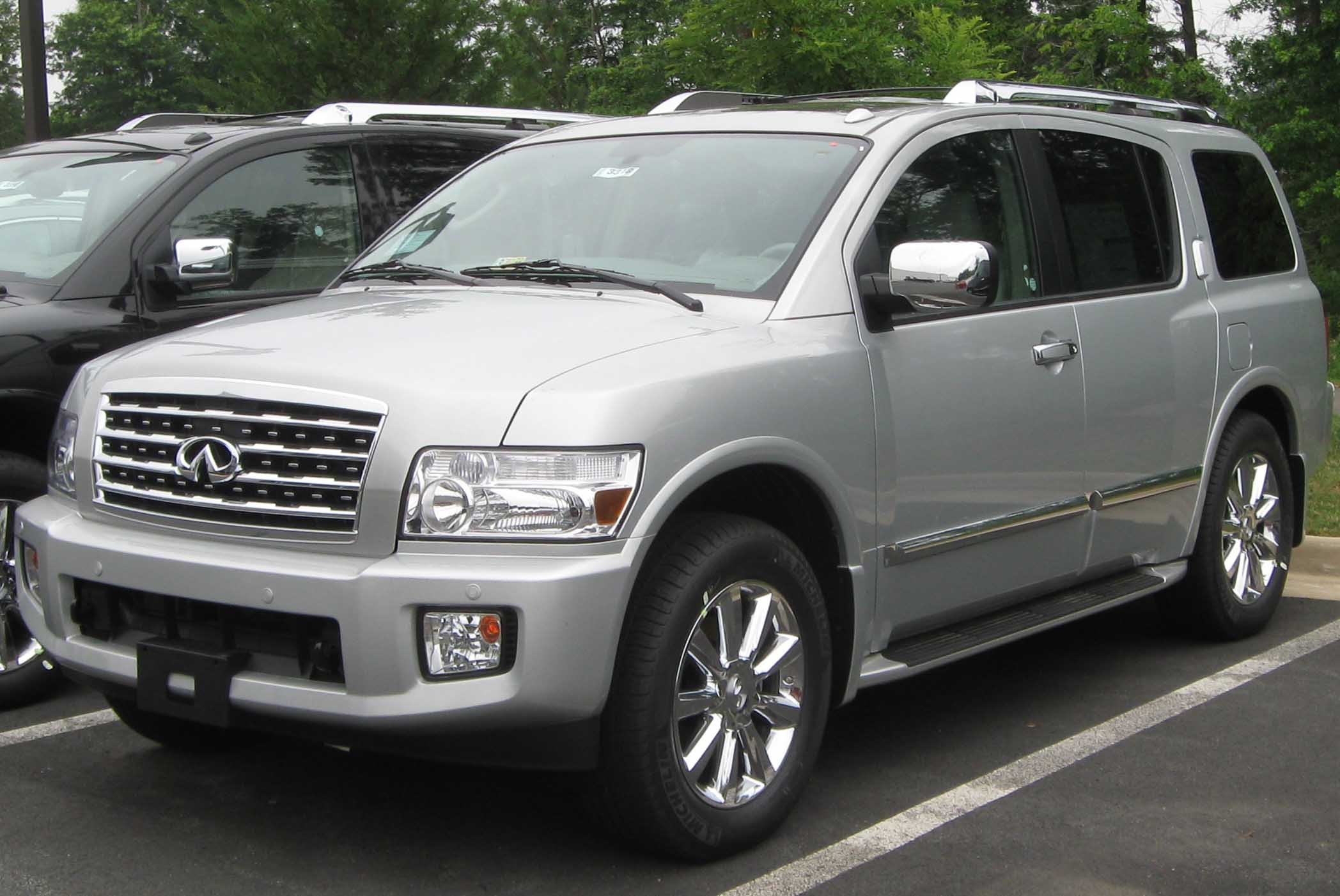 Okay, this was kind of a body-kitted Nissan Armada with better leather seats and woodgrain, but it was a solid land yacht.

Unfortunately, the happy ending story ground to a halt. After admiring and idolizing its wonderful automobiles for the better part of a decade, I was forced to watch the plug be pulled and the lifeline of the entire division drained by the root of all evil: stagnation.

For some reason, the fire beneath the boiling pot of majestic wizardry fizzled out. We’ve all seen the signs, the lack of new models, the refusal to invest in market expansion, the loss of brand identity, and Mr. De Nysschen bringing in his bullshit naming strategy (destroying 2.5 decades of public model recognition) are a few key identifiers.

Infiniti used to be the “Japanese BMW” of the marketplace. I owned a 2008 G35S and it was quite frankly one of the most well-rounded vehicles that I have ever owned. To hear that the company has lost its way (much like Nissan has) from what defined its position in the marketplace to begin with is terribly sad. These cars used to be among the cutting edge of the Japanese luxury makers, and perhaps my bias shows cleanly here, but I’m not sorry if I don’t think that some gimmicky and largely useless Direct Adaptive Steering system helps things. Clouding the M37 and 56 (oops, I meant Q70L, or whatever) full of electronic nannies and diluting the dynamic prowess and relative simplicity that made its immediate predecessor so great was a mistake.

The failure to make any legitimate ultimate performance division out of the failed IPL (Infiniti Performance League?), which dawned its first trial by bolting fart cannons and a body kit on an otherwise stock G37S didn’t help either.

The biggest question of the matter is simple:

What the hell are they thinking?

I know that I’m no automotive executive, but I don’t understand why things like this are allowed to happen. If I was running the show and I read the reviews of our automobiles, I’d be worried about the possibility of a sinking ship. I’d fear that losing the core of what made my company great would render us obsolete and forgotten. I would read the history books about the American Big Three and learn a little.

The new alliance with Mercedes-Benz is a weird, but interesting ploy with an unknown future. Though the new QX30 looks quite alluring as well as its interior, I’ll hold my breath to see how well the Mercedes-Benz hardware and Infiniti image truly interact. I understand that using a proven chassis (the one that underpins the CLA and GLA) was a relatively cheap and effective way to burst into a rapidly budding marketplace, but couldn’t they have done this with Nissan’s own engines? I mean, come on, the stuff that Nissan produced in the 1980s and 90s were absolutely amazing testaments to their engineering prowess. Admitting that they can’t jazz up a nice version of the D-platform (Altima, Maxima, Murano) and enlarge a more refined version of the MRxxDDT turbo four cylinder is rather shocking. Oh, and call up Aisin and ditch the damn Xtronic CVT from the Infiniti lineup. It belongs in Nissan Muranos and Mallfinders (oops, I mean Pathfinders), not luxury performance vehicles. I’d imagine that a version of this hypothetical QX30 could be fitted with a badass HICAS system and some fancy ATTESA-ETS all-wheel-drive, but what do I know?

I don’t know the full extent of the Infiniti pocketbook.

I don’t know why they have left the FX, or QX70 to ride in the same configuration since 2009.

What about the EX, oops, QX50, or whatever the hell they’re calling it now? Same story. Stagnation.

They are all beautiful, and I hope that seeing the new reveal of the Q60 coupe and its Q50 brother with one of the first seriously badass mainstream Nissan engines in years (the VR30DDTT) shows signs of hope that my beloved Infiniti will soon return. I won’t even get into the annoying fact that the Q50 3.0T Red Sport 400 no longer has an optional limited slip differential despite having 400hp.

I just want one. For the first time since 2009, I finally feel like there might be some of the legendary Infiniti life left somewhere in there. 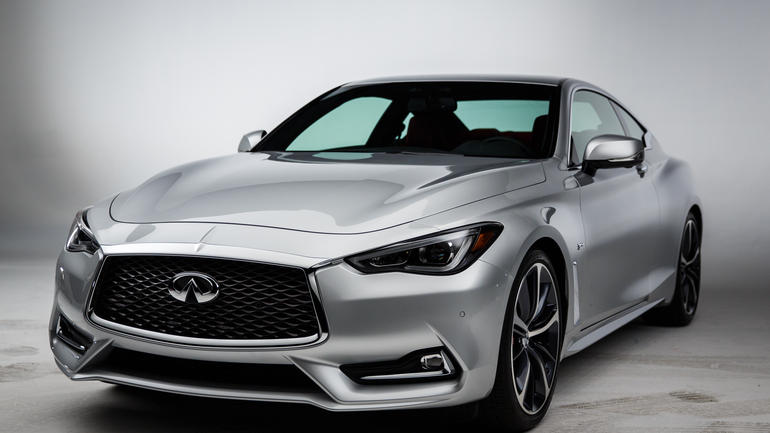 See that? It says “V6 TWIN TURBO” on the damn cover. 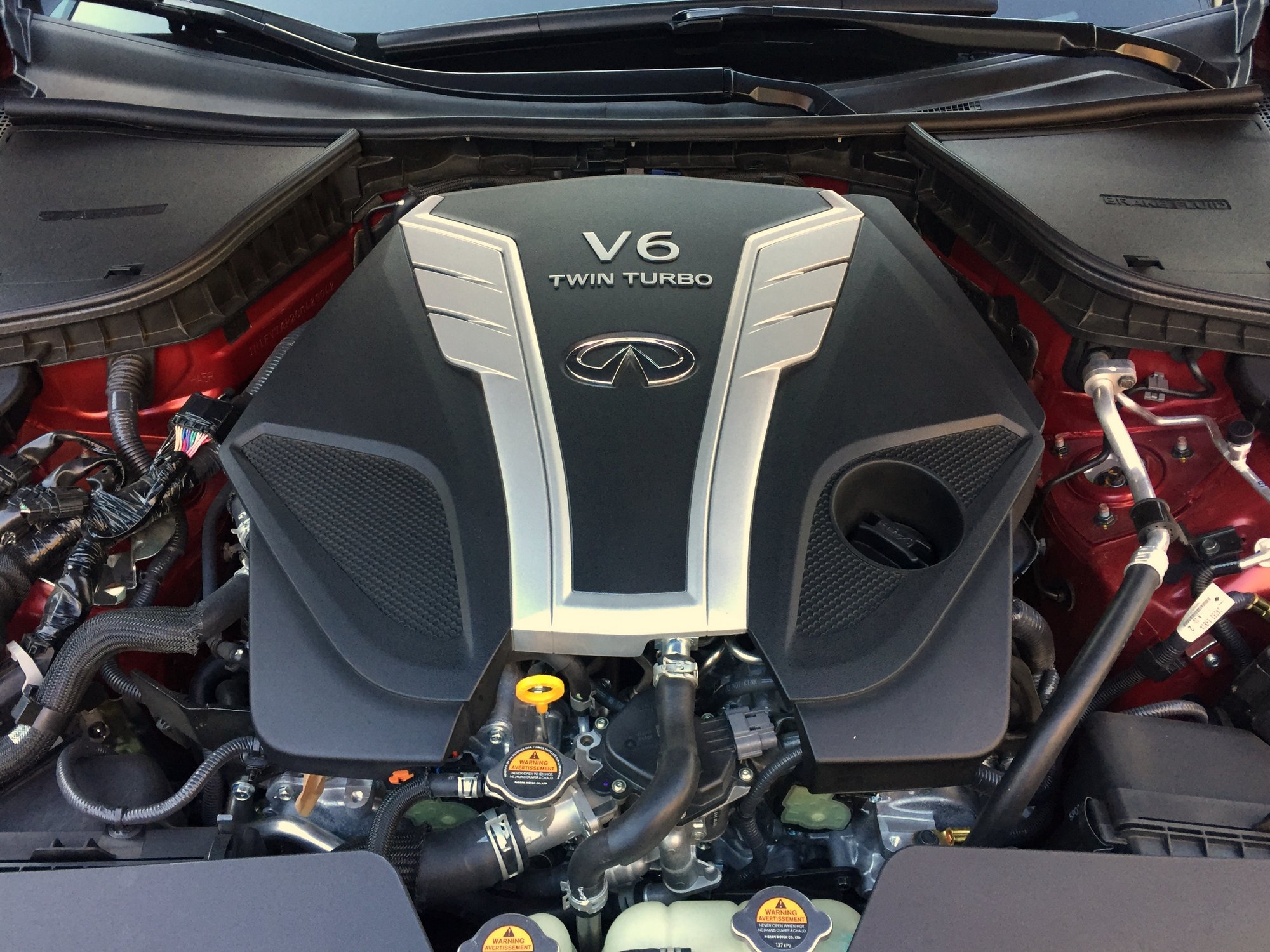 The same thing it said on the engine placards of legends. 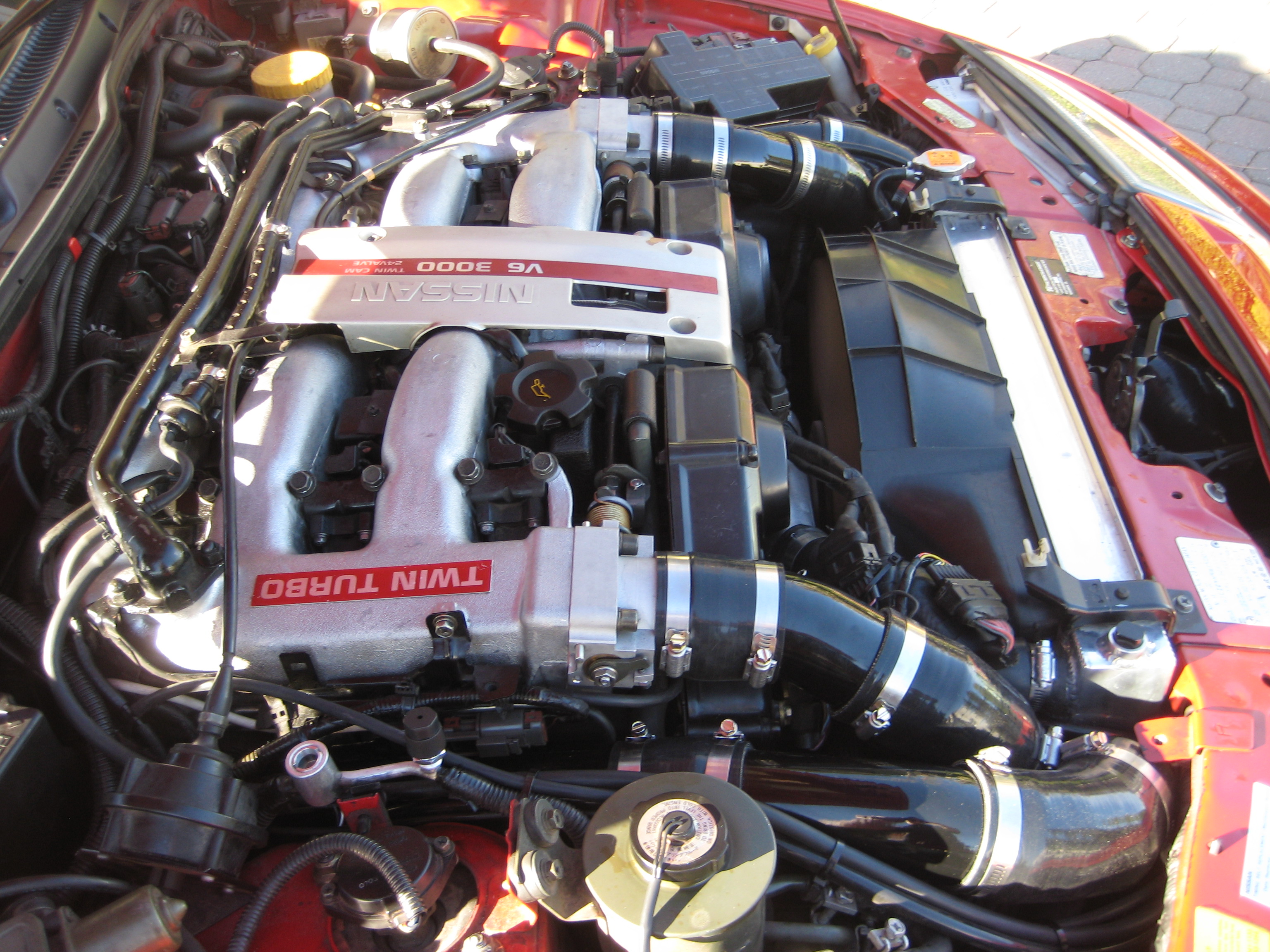 Don’t give, up Infinti.

This is pretty simple, as I’ve always been an enormous fan of good EDM music.

Do yourself a favor and listen to this mix. If it doesn’t put you in a good mood, you might be a zombie.

Pure excellence brought to you by Asa & Tong Apollo.