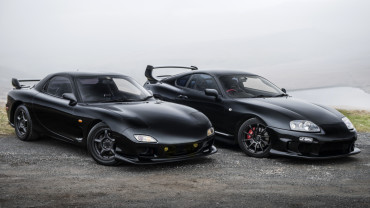 In the early Nineties, while the American auto industry was still dragging it’s way out of the automotive cesspool that was the Seventies and Eighties, the Japanese were hard at work pumping out some of the greatest enthusiast cars ever. Skyline. Supra. RX7. Silvia. Evolution. STI. VR-4. Type-R. GT-Four. GSX. 300ZX. MR2. NSX. These words, letters, and numbers defined an era. A generation of power, performance, and style that could stand against any other in history. Honda, Toyota, Nissan, Mitsubishi, Mazda, and Subaru set the standard for performance in the Nineties. And the legacy of these cars spans well beyond the street. Subaru, Mitsubishi, and Toyota dominated rally racing. Honda won four F1 championships in a row. The Nissan Skyline GT-R owned touring car racing. The Mazda 787B? Well that just speaks for itself. These weren’t just cars, they were icons.

Today however, the Japanese auto industry sings a different tune. Most of those iconic models? Gone. Lost in the quest for the bottom line. Who needs a Supra when the new Prius is “faster than you think?” Want a true FD RX7 successor? How ‘bout a 150 horsepower Miata instead? There has been a paradigm shift across every lineup amongst the Japanese manufacturers. One after the other these mighty names of Nineties fame have fallen. This year brought another victim, the last flare of spirit left in the once great Mitsubishi lineup, the Lancer Evolution. 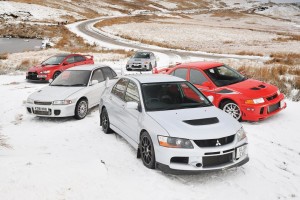 So what happened? How did these brands go from making some of the best cars to ever put rubber to asphalt to having family sedans and bloated, lifted wagons as flagships? The reasons, I’m sure, are many and varied. So much can happen within an economy and culture, small events and shifts that ripple out well beyond what any would expect, but the best place to start looking for answers is the homeland.

Since the late 80’s, the “Land of the Rising Sun” has more accurately been the “Land of the Stagnant Economy and Aging Population.” Several periods of deflation and lack of GDP growth have haunted Japan for nearly three decades. In this time the culture has become very risk averse, saving rather than spending and always maximizing efficiency. At the same time the birth rates have fallen and the population has aged. Recent estimates put Japan’s over 60 demographic at 33 percent of the total, triple the global average. And as of 2011, the population has started to decline because of the low birth rate and the lack of willingness of the Japanese government to allow immigration. The enthusiasm and excitement that carried over from one of the fastest growing economies in the Eighties into the early Nineties has been replaced by skepticism and inflexibility. Who can blame them? In the early Nineties the Japanese GDP (Gross Domestic Product) was just over $4 trillion USD. Today? It’s just over $4 trillion USD. In the same time period the United States GDP more than doubled from roughly $7 trillion USD to nearly $18 trillion.

Ok, so economic mumbo jumbo aside, what does this mean for the auto industry? Well if you look closely, the pattern of exchanging performance for efficiency in cars has followed the cultural and economic patterns of the last two decades. Adventurous and costly projects like the Supra have been fazed out to make way for more vehicles that can be pumped out and sold by the tens of thousands (read: Camry), and in the case of Mitsubishi, bad financial decisions right before the recession, Daimler/Chrysler pulling out, and endless failures across the lineup for the last decade plus have left them a battered husk. Poor Mitsubishi may be beyond saving (barring a buyout and some serious capital investment), but what about the others? Is there redemption around the corner? 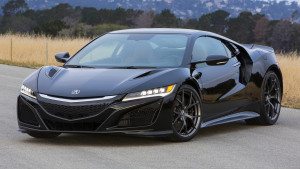 Well, you have to at least give Honda credit for trying. The new Civic Type R is every Honda fanboy’s wet dream. Turbocharging, VTech, and a ridiculous body kit come together to make the fastest front wheel drive car ever! Only one minor issue, it’s trying to make it’s way in the “super hot hatch” segment with a bunch of All Wheel Drive competition. That makes the Type R a tough sell when you can get a Ford Focus RS for the same money. Then there’s the new NSX (Acura or Honda depending on where in the world you reside), which by all accounts is a great supercar, but it is an NSX in name only. The marvel of engineering, simplicity, and affordability (relatively) has been scrapped in favor of a powerful, expensive computer with wheels. Not a hint of the original left to be seen.

The others? Well, Subaru is running out a new STI with a decade old drivetrain, Nissan has an aging Z and quasi-supercar with a GT-R badge on it, Mazda teases a new rotary every year while supplying mainly 4 cylinder econoboxes (albeit good ones), Toyota refuses to give the GT-86 more power (I guess they’ve already got a “fast” Prius), and Mitsubishi…they’re dying a slow and painful death. Can any of these brands be returned to their former performance glory? Sure. Will they? That remains to be seen.

And what of those Japanese sports cars of the 90’s? Those glorious vehicles long past? Well, there’s a new crop. They’re not exactly the same, but carry the same spirit. High performance, affordability, great styling, the same recipe that gave our favorite JDM their iconic status can still be had today. The badges are just different. And, for the most part, they’re made in America. 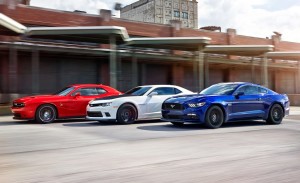