What is the first thing that comes to mind when someone mentions the word “Lincoln”?

A city in Nebraska? No.

A famous US President that was shot and killed by some guy with the last name Booth? Likely.

In reflection, it’s a truly sad and tragic ending to what was one of the greatest Presidents in history, but it’s his history that reminds us of our progress and unity. Lincoln took the reigns at a time when the country literally split itself in half, nearly damning itself from existence over a set of key issues that seem trivial and outrageous today, but alas, times change.

People grow and move on. Society molds itself through this force of change, and with it, comes our hearts.

Abraham Lincoln will never be forgotten, though he’d likely be spotted rolling around in his grave if he took a look at his namesake automotive brand. Once seen as the staple of American luxury and performance, the Lincoln branch of the Ford Motor Company excelled in the production of high-end vehicles that were known to be monumentally and radically different from their competition. The K-series of the the 1930s pushed the brand forward into the niche playing field of wealth and overkill, but proof was found in the success of the Zephyr and its spawn, the famous Continental. It quickly became the most expensive vehicle produced in the United States, where it held this title with an honor of grace and wrought poise.

To me, the Continental Mark II of the late 1950s stands as one of the most beautifully designed American cars of all time.

Beauty. Pure beauty, but as with any other auto company in the home of the brave, Lincoln soon found itself circling the drain of abyss. Stifled by the malaise-era, the brand lost its flair, and the flagship Continental lost its suicide doors, artsy design protocol, and craftsmanship.

It turned into a bloated and absolutely pathetic Ford Crown Victoria with a body-kit. As the Continental’s place was succeeded by the Town Car (which began as a version of the Continental), it wore away into this monstrosity, commonly spotted collecting dust in your grandmother’s garage:

WTF. What is that thing? How the hell does something like that make it past conceptual form? How did the design team not get fired when they  presented the drawings?

Either way, it happened, and Lincoln nearly saw its death because of it. They tried to recover in the early 2000s with the admittedly somewhat-cool Lincoln LS, with its rear-wheel-drive and tiny V8 engine, but they canned that car and replaced it with more jazzed-up mainstream Fords with fancy paint.

The current MKS, Z, X, T, C, and whatever the hell else they’ve come up with are better left plummeting from a cargo plane into the ocean.

And then, as the resurgence of the American Automotive Consortium continues, we were given this: 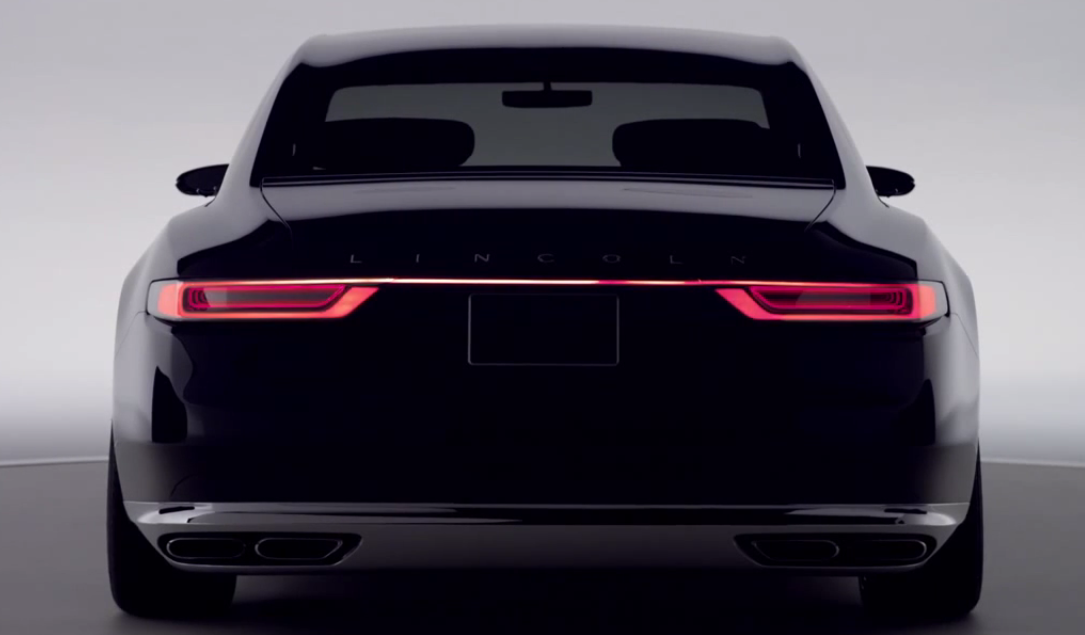 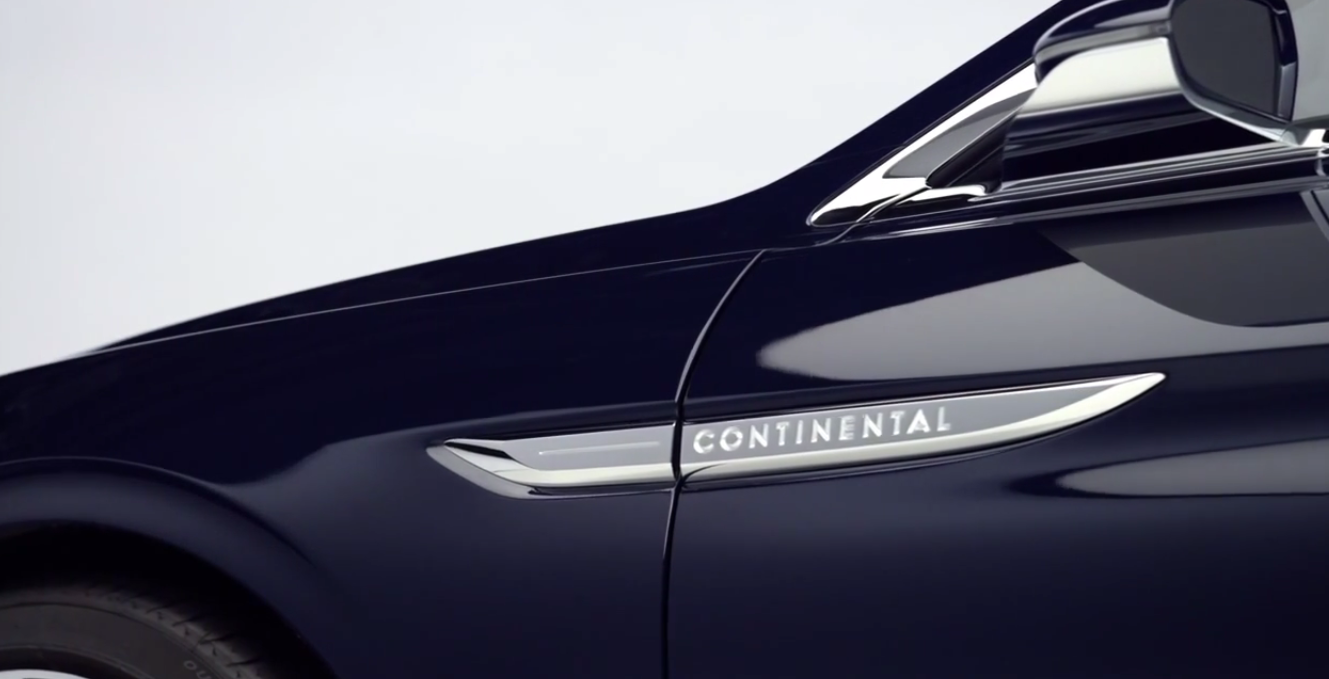 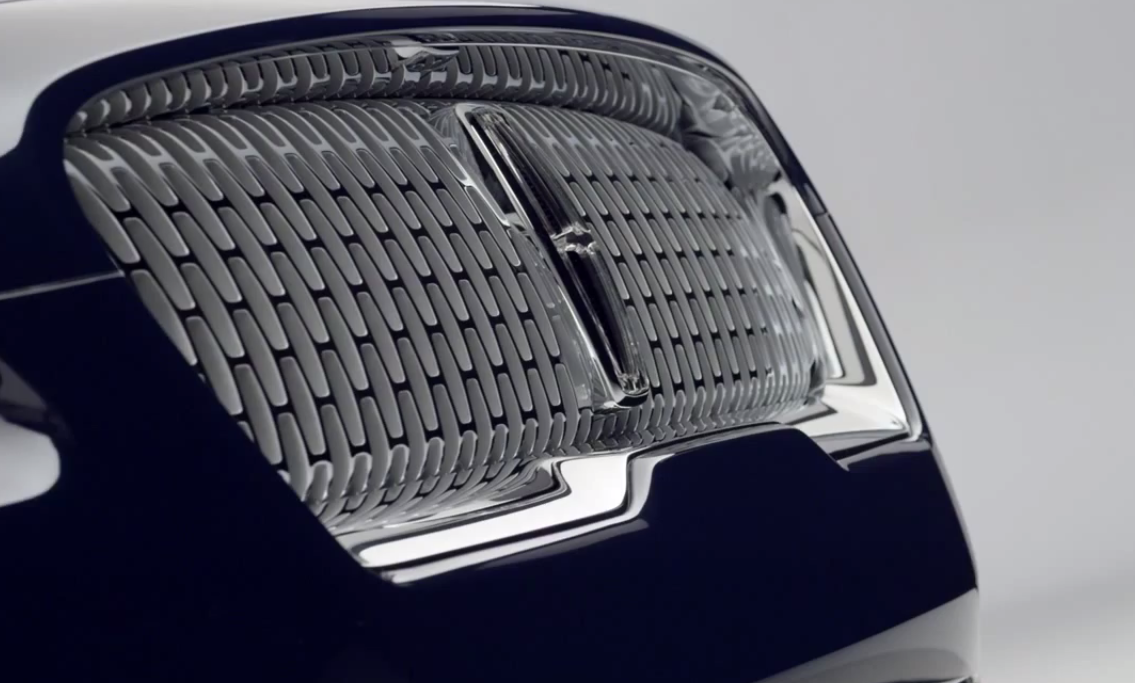 Are you still thinking about the elderly souls solemnly puttering around American highways and residential roads–usually 10 to 20mph below the speed limit in their Town Cars?

Just look at it. Look!

The LED flanking on the headlamps, the backlit Lincoln emblem, the detail work of the grille’s emboss, the electronically-tinted sunroof, the turbine wheels that look CNC-chiseled.

Details. The original versions were all about the details, and my god, have they nailed it once again.

The interior follows the same suit: 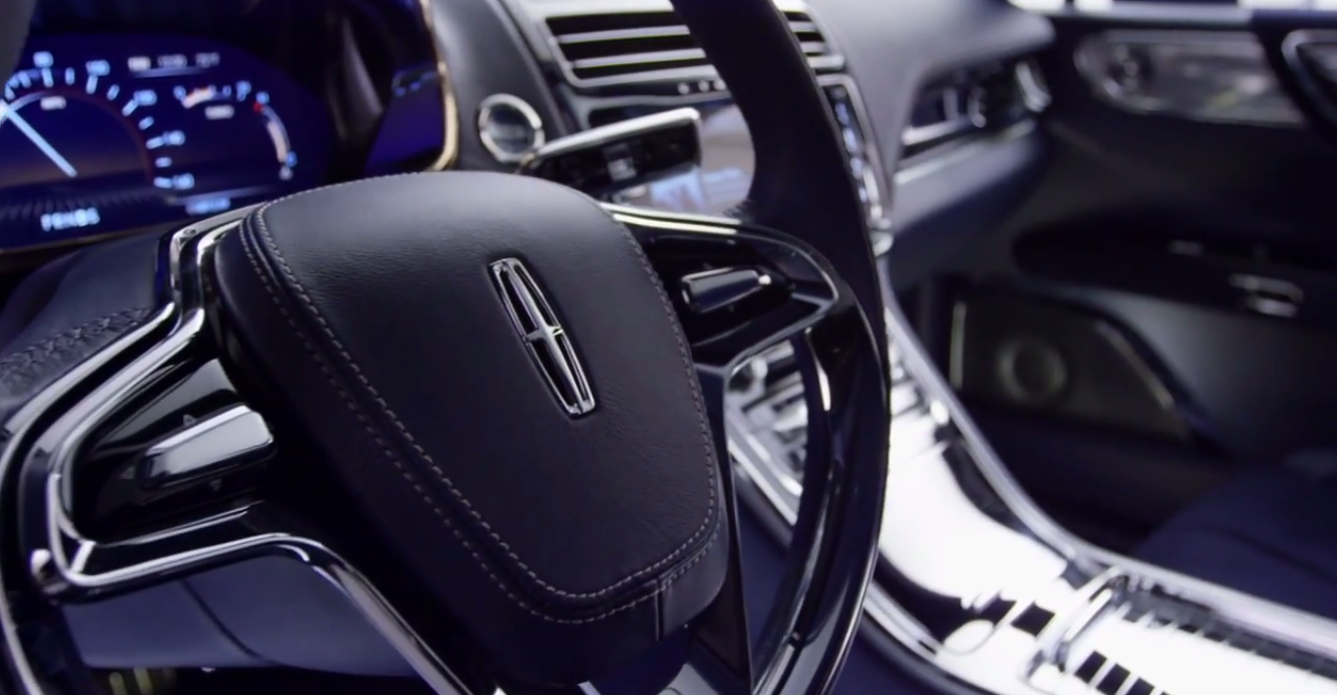 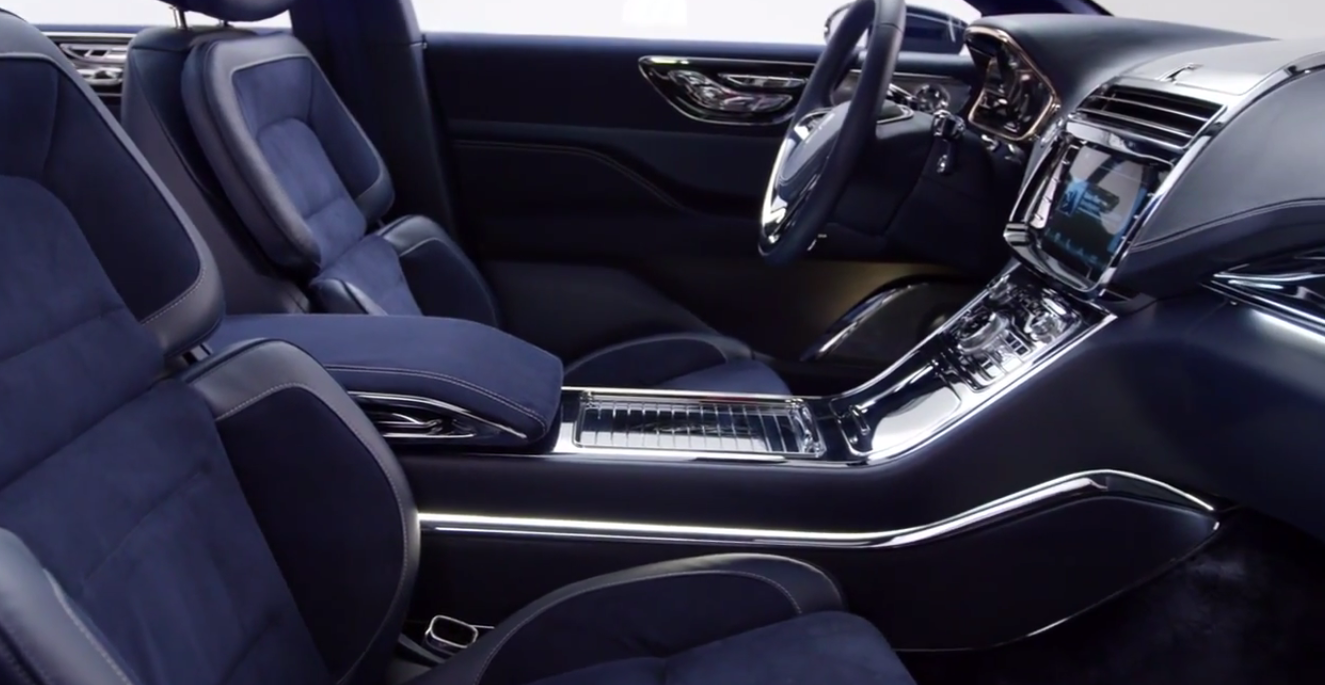 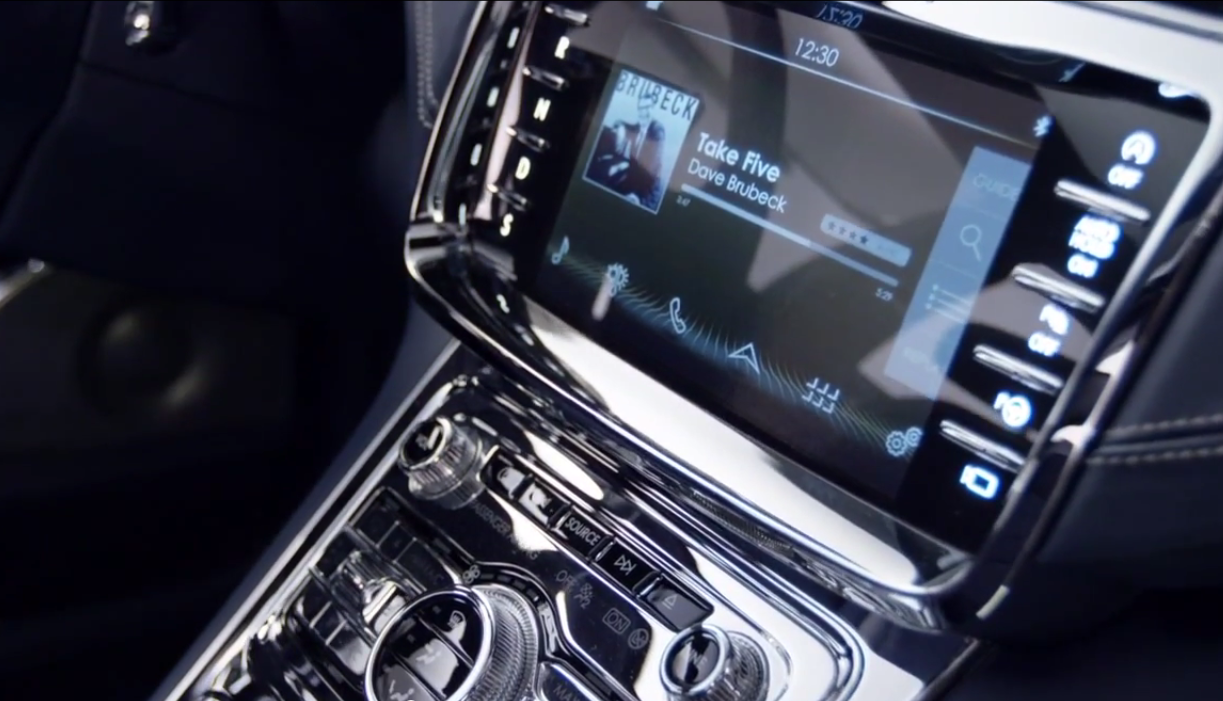 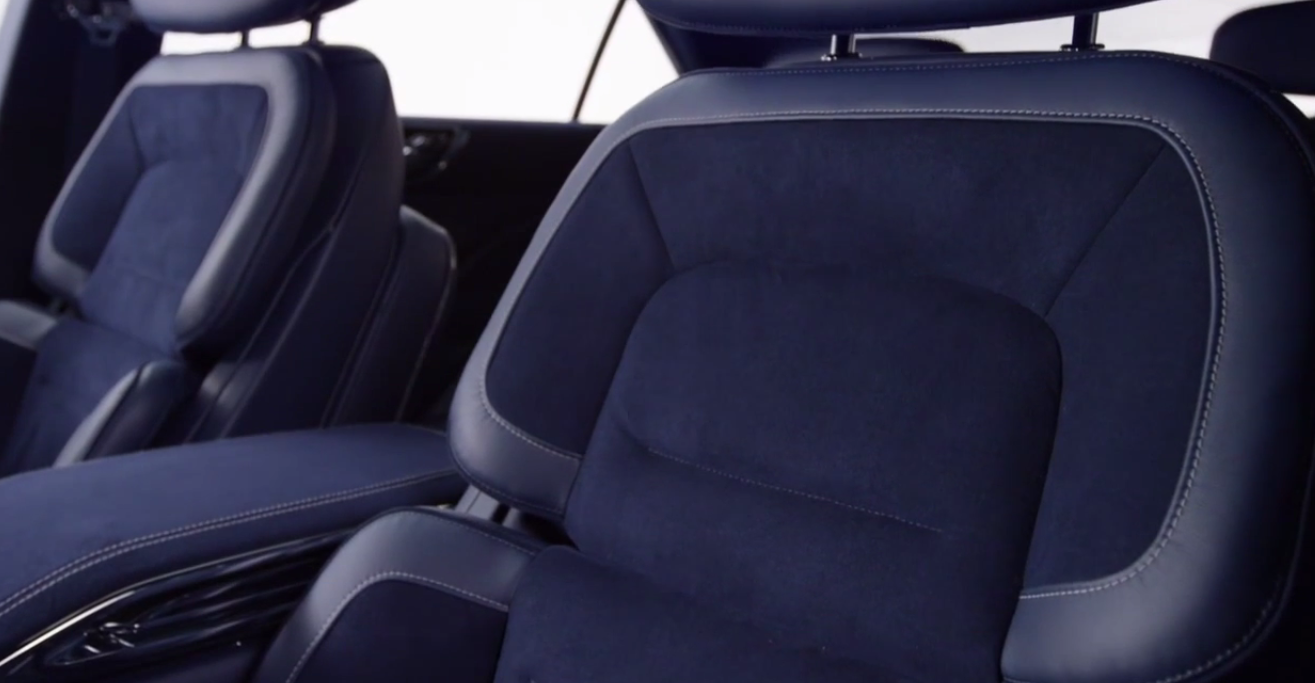 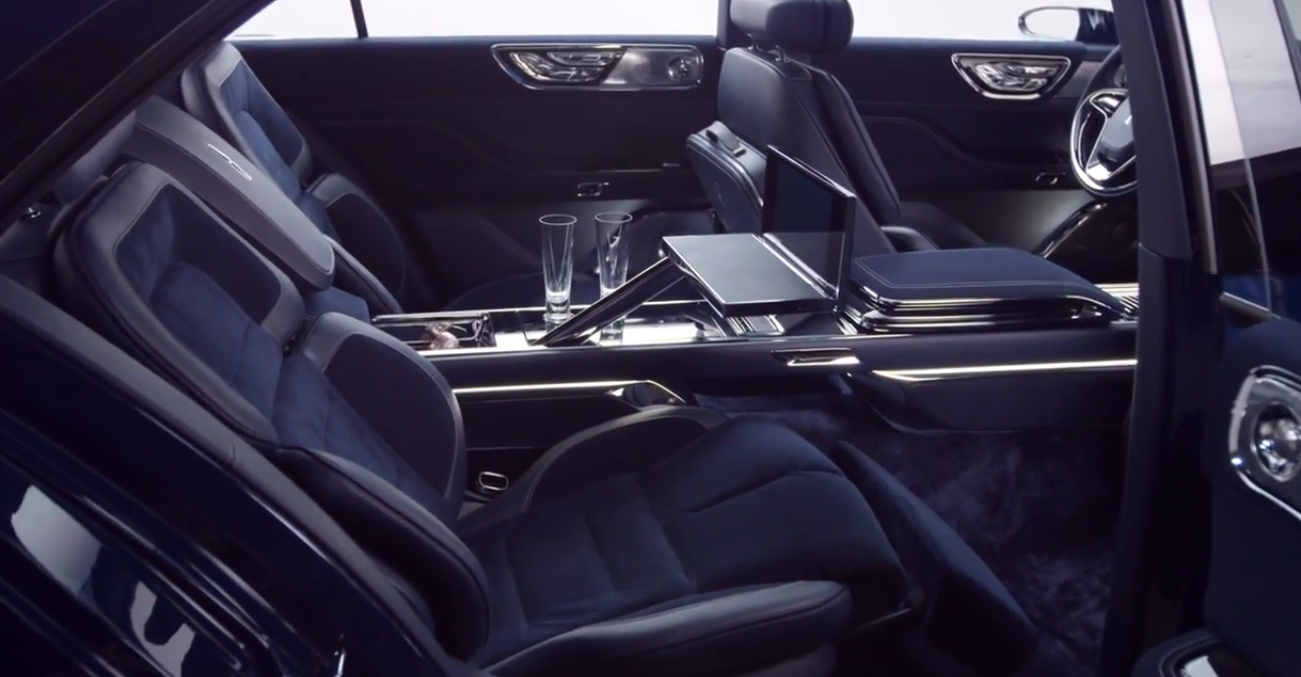 The chrome accenting on the dashboard looks like it was hand polished. The fold out tray for rear passengers looks like something out of a Star Trek movie. The form-fitting seats seem to be personally beckoning for my hind parts to grace their cushions. It looks so comfortable in there. It looks so outrageously gorgeous that I find it hard to praise it enough.

Who needs a Bentley when you can have a Lincoln? Okay, I won’t go TOO far, but you see where this is headed.

This is the first time in decades that we’ve seen a dashingly different and paradigm-shifting concept from Lincoln. Though this vehicle is still only a 90% kind of pre-production concept, I hope that the majority of this design will make it through the production ringer and bean counters.

But alas, there are letdowns:
While I hoped for a RWD, Coyote V8-powered luxury saloon, judging from the information that I’ve gathered, it appears to still be based upon one of the Ford’s ubiquitous FWD platforms (the CD4 to be specific). It’s safe to assume that the EcoBoost V6 engines will persist, too. Hell, they even put one of these puffed-up Taurus motors in the damn Ford GT. Hopefully, and I say that with the utmost sincerity that I can muster, they can get the dynamic aspect up to par.

The other gripe might be the price. As stated earlier in the back story of Lincoln and the Continental, in its prime during the late 1950s, it was the most expensive car produced in the United States. Though I don’t think it’ll take that crown this time around, I do hope that this flagship has a price point that is within reach of the people that can potentially pull the brand out of the sewer. If that proves difficult, Ford and Lincoln engineers should DEFINITELY get the ball rolling with the widespread incorporation of this design schema into the rest of their rather lackluster lineup.

Oh, and where the hell are the rear suicide doors!?! COME ON!

If this is the car that was created to save Lincoln, shall we say godspeed, lads? 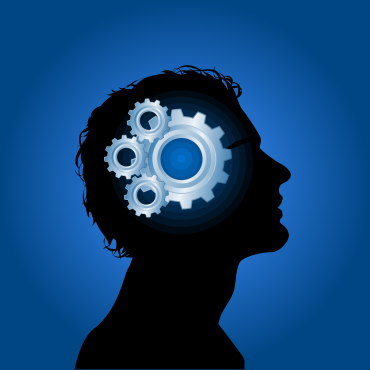 After taking a little time to regroup and reassess my ideas, I’ve reached the conclusion that this whole thing should stay simple. Before, I had a vision of expanding Machscribe into a massive media company, but the approach to getting there is by starting at the core:

Machscribe is, and always will be a medium for expression, both personal and public. With that noted, I will continue using it as a means of portfolio construction while simultaneously building a relationship with friends, fans, and partners.

Viewers will see lots of changes here with modified layouts and more content in the near future. I’ll be posting up snippets and prototypes of stories and novels in development as well as other artwork, CAD, or blog material pertaining to current events. I have a selection of hobbies, but you’ll definitely see automobiles and music take the lead.

I’m a pretty opinionated guy, but the point of this is to establish a connection with the world. If you have an opinion, or ANYTHING that you need to get off of your chest, feel free to post and let me (and others) know. Don’t be shy!

Message To Anyone Out There

I’m trying to figure out what I’m doing.

Honestly, I dove in over my head with this entire project, as I tend to do whenever I grow excited about a blazing new idea. I tend to see the end result, which is usually glorious–but unfortunately without recognizing what it truly takes to get there.

With very little ability to manipulate my dreams into a digital reality at the moment, I find it best to stick to what I’m good at: writing.

The keys of my beloved knock-off keyboard, and the temptations of the void white paperspace on Microsoft Word. I have stories to tell, but for now, I can only do it with words. Nothing more.

That’s me. There’s where I belong, at least until I can assemble a development team. I need help with this, but I’m not sure how to make it work. When that time comes, anyone who sees this will the first to know.